How to Make a Script 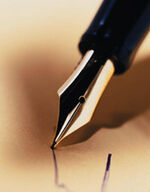 If you are here, it means that you want to make your own script, or you are just curious to know how to make one - well, this page may help you!

This page is a tutorial for making your own script for the mod, which will be attempted kept updated, as well as made easy to use and helpful.

If you read it all and still have problems when testing, please post:

Someone else will then attempt to help solve the problem. In case the problem is within the script code, please include a download link to your script as well to make it easier to identify the problem.

The admins User:TheAbner and User:ServantOfTheThirdEye stand available to help if need be. Simply message one of them, and they will get back to you as soon as they can.

We hope you all write good scripts and post them in the Custom Scripts article so that people can try it out.

Now, run a test to see if you've done everything right this far:

If the mob replies with "..." every time you talk to it, then you have successfully completed Step 1 of this guide.

Let us take a closer look at it, piece at a time.

These are some of the basic commands. For a full list of available commands, as well as their usage, read the article; Script Commands.

We previously mentioned a file - or actually, several files - called default.script. These are the files which the mod will read under several circumstances:

Which makes all of them very important.

Also important to note is that each day# folder needs to have it's own default.script file.

Without these files, the script won't function correctly, so you'll need to get those in place before you can run another test of the script.

Time to test if you've completed Step 2 of this guide correctly.

If the script runs the way it's supposed to - as described through this guide - you've done everything correct, and can continue on to Step 3.

Next up, you'll be adding in 1-3 options to choose from during a conversation. To do so, you'll need to understand the basics of how to setup and use the #CONDITION command, so go ahead and read that before continuing.

In a nutshell, the setup which

If you have three options to choose from, the names will then be "Option1A", "Option1B", and "Option1C". This is important to keep in mind, as the mod determines which script file to run next, based on the name of the option.
Ex: If Option1A is chosen, then the mod will load up the file Option1A.script next, etc.

Observation: The love level carries on from a love#.script file, into a OptionNL.script file, and vice versa, making it possible to create several paths to the story.

When you've become familiar with the setup of this command, try use it, and test the script the same way you've done previously. If it works, then you can continue on to testing out some of the other commands as well.

That sums up the basics you need to know in order to code your own scripts.
For further instructions on the different commands, as well as a list of them all, please read the Script Commands article.
And as mentioned earlier, if you have any further questions or issues with script creating, please let us know, and we'll try and help best possible.

Community content is available under CC-BY-SA unless otherwise noted.
Advertisement